Charlie Munger - at the last annual meeting of the Daily Journal Corporation - where Charlie is Chairman - said some pithy stuff about Valeant (and implicitly the CEO J Micheal Pearson). To quote:


Valeant is like ITT and Harold Geneen come back to life, only the guy is worse this time.

Now ITT was not by any stretch the worst of the 1960-70s conglomerates. If Charlie had compared Valeant to (say) Ling-Temco-Vought that would have been a much nastier statement.

But Harold Geneen's monster went from one of the most feared corporations in the world to a sort-of-pathetic has-been. It was rising interest rates and falling stock prices that did him in - although not to the point of bankruptcy.

But before Geneen was done in there was a book written about ITT - The Sovereign State of ITT. One of my staff members owns it - and I have only just got to it. 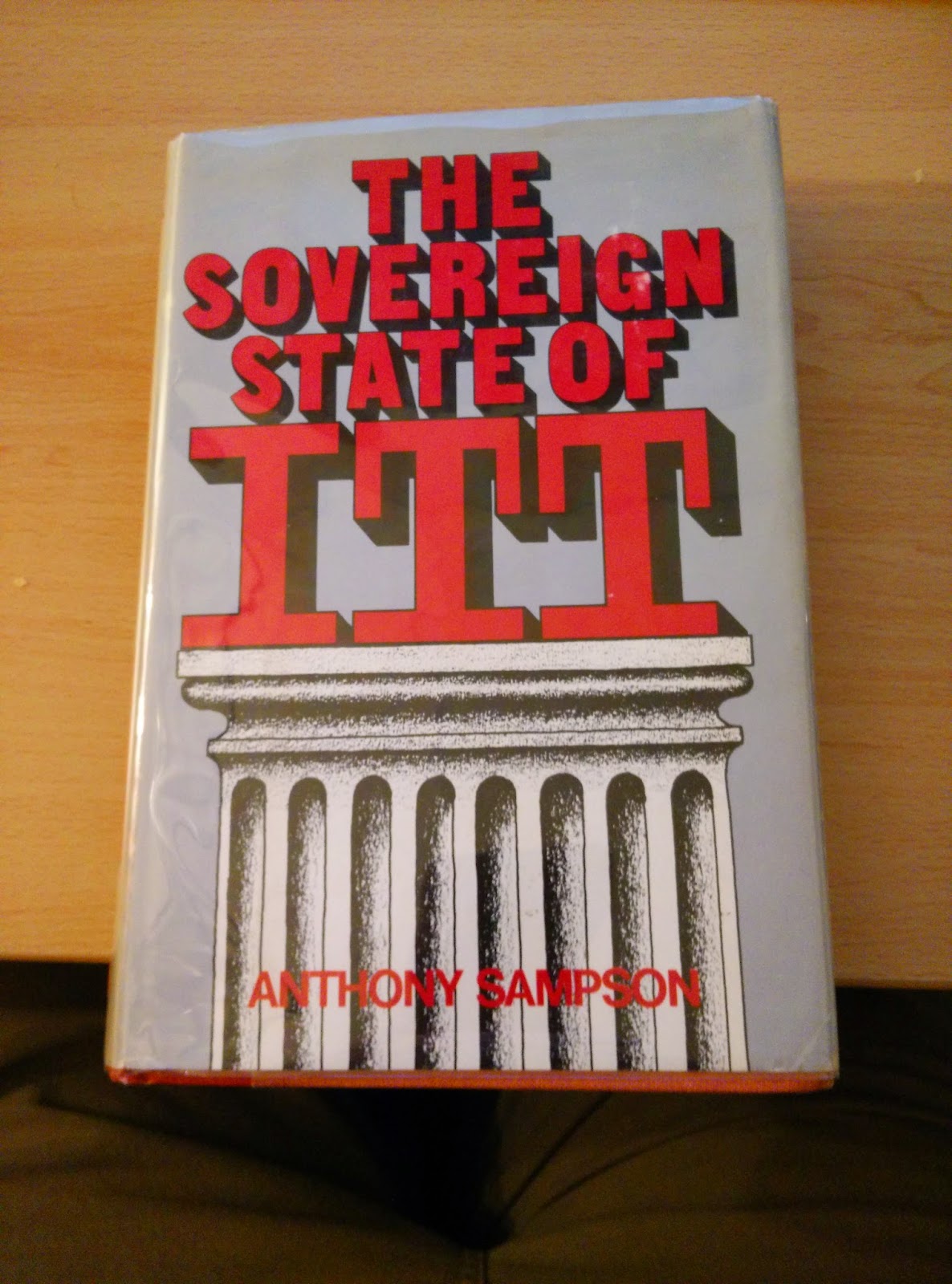 The book covers mostly left-wing conspiracy stuff about dirty deals done with the Nixon Administration. [They probably all happened - Nixon was like that.]

Whatever - the accounting section tells us that Charlie's comparison was apt. These quotes are extracted from pages 144-7:


As each new acquisition was swallowed up by the ITT whale, so the separate characteristics that had been made clear in its balance sheet went out of sight as completely as Jonah. The separate profits and losses of each industry —whether hotels, rented cars, or house-building—were no longer discernible in the consolidated balance sheet, and the breakdown of sales showed only the most generalized headings: "Defense and Space Programs" or "Consumer Services." The concoction of the corporate accounts thus became a challenge to the art of a master accountant; the profits and losses could be quietly set off against each other without anyone knowing...

Moreover, the multinationality of ITT made it exceptionally able to defend itself against taxation, like a nomadic millionaire. It was true that it was, at the base, an American company, responsible to American shareholders and subject to inspection and questioning from the Securities and Exchange Commission and the Internal Revenue Service; but that control was diminished by ITT’s global scope. Soon after he became president, [Harold] Geneen held a special conference of his top lawyers and accountants, to discuss how ITT could best make use of the tax havens outside the United States to cut down on its American taxes. The experts were doubtful, but Geneen insisted that ways could be found; and ever since then, ITT has surprised other companies’ accountants by the smallness of its taxes…*

As the author observes:


All conglomerates, when they shot up in the sixties, benefited greatly from the confusion of accounting methods, and the flexibility of the Generally Accepted Accounting Principles (GAAP).

The obscurantism of conglomerate accounting has aroused increasing criticism from inside the profession.  One of the most outspoken critics is Abraham Briloff, professor of accounting at Baruch College, New York… He sees conglomerators like Geneen as cowboys who invade the territory of the farmers, sell off the topsoil, and ruin the land; they expand by raping, reaping, bedazzling. He complains about “hot pants accounting,” which reveals the exciting while concealing the essential.

*It is fair to say that ex-post the low level of conglomerate taxes reflected the low level of underlying profitability - rather than the high level of stated profitability. When you see a company that earns $400 million but pays only $750 thousand tax you have to ask whether it has very clever tax accountants or grossly overstated financial accounts.

[$400 million profit and $750 thousand tax was Bond Corporation in its final year. Bond Corp is a very famous Australian roll-up bankruptcy. Asked about the huge profit and low tax bill one analyst correctly replied: "profit - I do not see any profit".]
Posted by John Hempton at 1:07 AM

Geneen went on a buying spree for a reason. Many of ITT's best assets were overseas - and several governments threatened or actually nationalized them (including France, Brazil, Chile etc.). So he wanted onshore assets fast. I don't think he actually believed all the talk about how efficient conglomerates are - my guess is Geneen just used this as a smokescreen to justify the purchases.

Valeant has no such justification.

Hey John, Is there a book on ITT that doesn't involve left-winged conspiracy theories? Was that even critical to ITT's business under Geneen?

I met a senior marketing person on the weekend who works for one of Valeant's subsidiary companies here in Sydney. This person divulged that in order to meet their KPI's, Australian executives must spend at least 2 days per week on M&A activities! Running their businesses in the old fashioned way comes second apparently.

Furthermore, if the operating numbers aren't looking too sharp they just push some of their normal opex into the one-off acquisition-related cost line.

None of this is particularly new for VRX at a global level, but I was slightly surprised to see that it is happening at a micro level in Australia.

Where did you find the Munger's transcript?

I'm old enough to remember Riklis, Bluhdorn, Ling, Geneen and others who engaged in M&A tomfoolery long enough to burn a lot of investors. So, when I first focused in on Valeant a couple of years ago and digested its "MO", I felt transported back to the 60s. The one thing that confounded me was the number of what I regarded to be sober minded, value based fund managers buying up Valeant like it was guaranteed alpha. Chilling, really.

I wonder what did Munger mean when he said "only this time the guy is worse?"

As a novice investor I would like to know if you would include in the same basket all these other private equity like stocks that are trading at high multiples : Transdigm, Danaher,Constellation software, Colfax, Platform Specialty products (this one also supported by Ackman & friends)... Some of these companies seem to use the same power point slide in their presentation.

Had a good look at these guys 18 months ago. Disaster waiting to happen.

More recently, got an opportunity to chat with someone who used to run a pharma company that VRX pursued, but he ultimately sold to someone else (apologies, but I feel the need to be vague here).

I asked him why he turned down Valeant and he had a lot of really nasty things to say about Pearson & Co.

When Ackman is asked about how is Valeant a value play - he says Mike is a terrific guy who's compensation size is based solely on VRX stock appreciation over 5yr periods. One of those 5yr periods just expired and he's stock award was worth a nice $2bn...