One of the stories of the financial crisis is that the bankers that ran big institutions, who had billions entrusted to them, and who projected the air of masters of the universe were in fact buffoons incompetent at anything other than organising their own bonus.

The air came out of financial markets when you realised you just can't trust anything they say. And most importantly you could not trust that you were getting your money back.

As an equity guy this has bugged me all my life. Genius is a bull market - and when the market is down hard you finally get to see who is the buffoon. In bear markets the buffoonery surely gets exposed. Mark-to-liquid-market is a tough but honest scorecard. One cycle and I know for sure who were the buffoons.

Fixed income seems more complicated than equities. It sometimes involves impenetrable math. And backing the air of difficulty is the simple fact that lots of this stuff isn't quoted - and when it is the spread is wide.

The more unquoted the stuff is of course - the more it is subject to the illusion that goes with fixed income - that some people are just especially good at "banking" - banking being the art of lending money out and getting it back again.

This illusion that the fixed income guys are smarter has always grated at me - as I am faced with what I sometimes think are a bunch of empty suits with fancy jargon.

Pyramid of Lies - Duncan Mavin's great book on the Greensill Capital debacle - tells us - as if we need to be told - that the illusion of omniscient bankers is just an illusion - and that dross masquerading as financial innovation continues well after the financial crisis.

Greensill is a story straight from the 2008 playbook. But it actually happened in 2016 to 2020. Yeah bad loans were made. Yes the bankers - or in the case the shadow bankers - liked to fly around the world in Gulfstream 650s. But what story illuminates is how the illusion is constructed by a consummate salesmanship and the reflected glory of major political figures.

The political figures amaze me. This picture of Lex Greensill and David Cameron glamping in the Saudi Desert whilst trying to charm MBS is a truly great image: 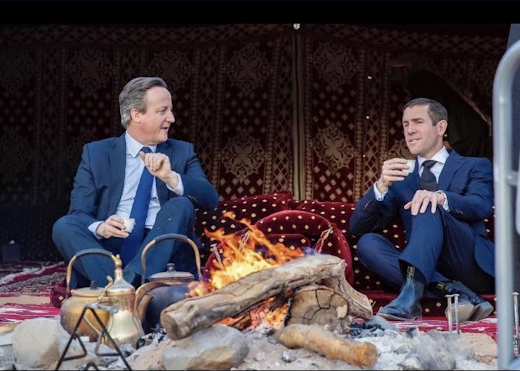 But I like this one more - Lex with Julie Bishop - the woman who could-have/should-have been Australian Prime Minister selling her very positive image at Davos for a few of Lex's dollars: 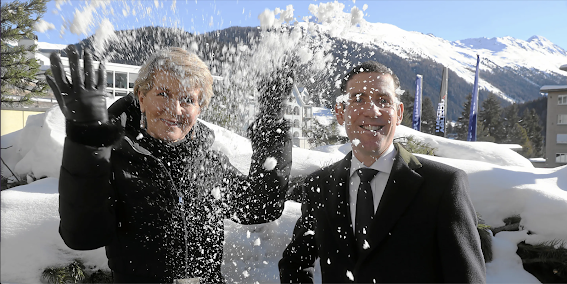 Yeah - Lex was a salesman - and yes - there was no "there" there. The business model was a bunch of corporate subprime loans gathering some yield mixed with a bunch of very low risk low margin loans (originating from companies like Henkel) in the pool just to make it look safe.
It is the same illusion is familiar from the 2008 playbook. Ultra-safe over-collateralised mortgages were conflated with cash-out-refinances from borrowers who needed cash because they couldn't afford the repayments. Somehow the patina of the safe mortgages was transferred to the crap.
In the mortgage crisis we discovered losses were deferred. Whenever someone couldn't pay there was a cash-out refi to allow them to become current.
With Lex too - the dodgy credits had their credit extended indefinitely.
A rolling loan gathers no loss. Not in 2005. And not in 2017.
What however is really interesting is how GAM and later Credit Suisse completely fell for the charms of Lex Greensill.
I work on the assumption that in financial markets everyone has an incentive to sell me their bullshit - from crappy mining projects to shares in Valeant or Enron. If I work out it is crap then I short it. And if I actually decide it is pretty good it goes on my list of possible longs. But my default assumption is that people want to sell me their crap.
I figure if you manage over a billion dollars - and I do - then a lot of people want to be your friend - and most of them you should not befriend.
The same default assumption should apply to bankers and fixed income managers. More so because the fixed income crowd directly lend out vast sums of money on a promise to repay. On Wall Street if I decide I do not like a stock I can sell it. But bankers are often stuck with a loan that can't be repaid and can't be sold.
But instead what you see at GAM and Credit Suisse are asset gathering businesses - determined to get more and more funds under management and more fees - and hence more bonuses - and where due diligence isn't something that you have to do - rather it is something you have to market.
Almost nobody comes off well in this story. Daniel Sheard - a whistleblower at GAM comes off as a person of the highest integrity. Looking at his LinkedIn suggests he no longer works in finance - someone should give him a job.
But GAM comes across as a bonus driven culture that was not worthy of the tens of billions of dollars/pounds/euros and francs entrusted into it. The stock price reflects that now. 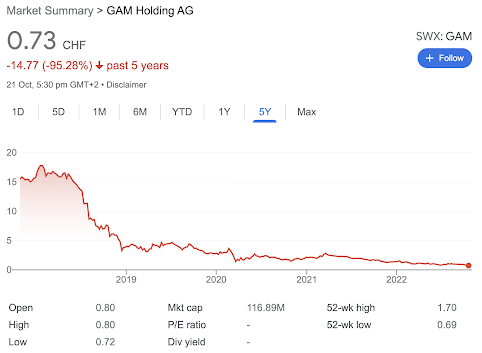 And the insurance companies - well they come across badly too.

I recommend Duncan's book. Really - buy it. The audiobook is great too - and Mr Mavin is good to listen to.

But it is an old story set in very recent times. Financial innovation is often bad credit made to look good. People are driven by image and the trappings of wealth, status and power. And the gate-keepers - fixed income asset managers responsible for billions, regulators paid to keep a watch on this - are often empty suits. They appear protective - but they are not.

Posted by John Hempton at 9:55 PM No comments: