I wondered whether I was boring people when I reported posted on Northern Oil focusing on such mundane issues as whether it was appropriate for the CEOs wife to be working for a company whose main purpose is to buy assets from Northern Oil. That stuff is important - and I have more of it coming.

But when the people are this colorful you got to focus a little on the people if only to keep reader numbers up.

So this weekend post is to put the color back into the story.

You see Northern and its sister company Voyager Oil are run by boys straight out of central casting. Northern is the larger cap of the two companies – Voyager the later edition. But they are run by brothers had overlapping people involved in their foundation and assets that are core to Voyager were once owned by Northern. They really are sister companies.

Some photos and a good story

The first photo is of Michael Reger (the CEO of Northern Oil) with Shawn Vasell. Vasell shot the deer. 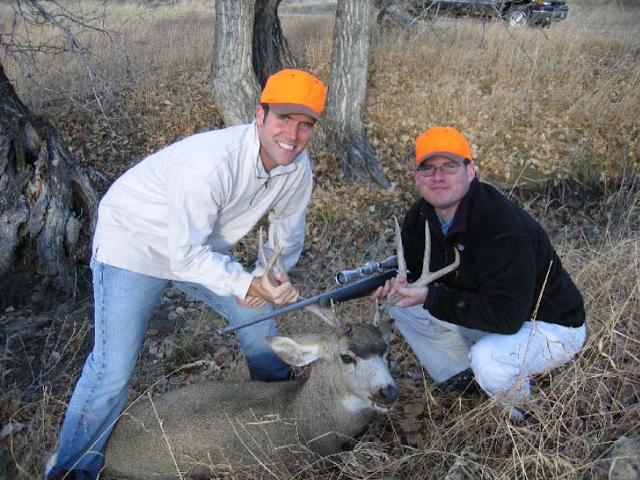 It's a great photo of a fine kill – but the details behind the photo are a much better story. Vasell was at the time a Washington identity. Maybe an identity known only to the most ardent Washington watchers – but still interesting. You see he was a staffer to Conrad Burns and then Porter Goss and then Spencer Abraham – all well known Republicans. He then went to work for Jack Abramoff the lobbyist who plead guilty to defrauding Indian tribes and corrupting public officials. Vasell took the fifth in the Congressional inquiries into the activities of Team Abramoff.

The photo also caused ructions. The deer it seems was shot out of the window of a pick-up (illegal unless you are disabled), on private land without the landholder's permission and the Regers and Vasell trespassed to claim the kill. Poaching charges were laid. JR Reger (now the CEO of Voyager Oil) plead guilty and received fines and a six month suspended sentence. Vasell admitted to one count of hunting without a license and another count of hunting on private property without permission. In his plea agreement, two other charges of violations of big game laws were dropped and he avoided possible jail time. The charges against Michael Reger (now the CEO of Northern Oil) were dropped as part of the plea agreement made by his brother.

All this came about because of a boasting article about the hunt on James R Reger's personal website (once at www.jrreger.com). You can find a copy of the hunting article here. The website has now been scrubbed but some political junkies kept a copy just because well – it was so funny. (Unless you were the judge who described it as “disgusting”.)

And so it is that generally James Reger is more colourful of the Reger boys. I mean what other oil company CEO keeps a Facebook fan's page which consists mostly of tales of him doing non-CEO type things. This is his profile picture: 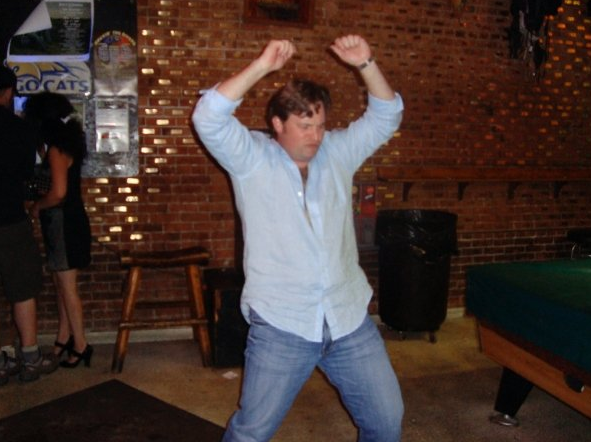 But its the old jrreger.com website that is most amusing. After all he accuses his brother of misleading people about game he has killed. See this photo. 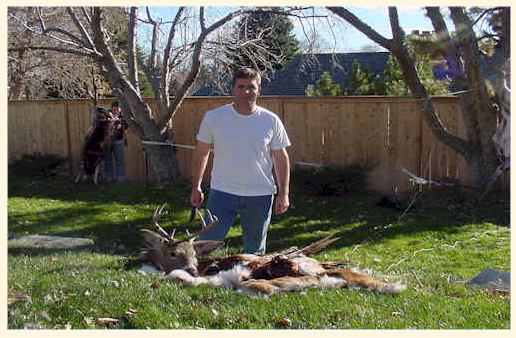 James captioned the photo as follows: “Pictured above is Michael Lewis Reger posing before some game that our Cousin Trisha shot. Personally, I have a problem with people who take pictures in front of game other people have killed, he does this a lot.” I will let you decide the ethics.

But hey – as far as I know claiming Cousin Trisha's kill is not illegal. Poaching is. And there is a reason why JR Reger got a suspended sentence – which is that it was not a first offence and he was so blatant about law breaking. His old website carried the following paragraph:

Every Monday morning I look forward to reading the paper. Moreover, I look forward to reading about one of my delinquent friends or acquaintances getting into trouble with the Fish, Wildlife and Parks Department. For the fine amount paid, and trust me on this one, the amount of good press you get from doing something wrong is totally worth it. I highly recommend poaching a little or doing something minor to get your name in the paper at least once a year.

You can understand the judge – probably a stickler for the law – didn't much like it. Also the same page boasted about prior offences (both his and offences of friends). This was my favorite:

Commentary: I'm an Owl hunter, what can I say?

So now we got it straight: convicted criminal (poaching, suspended sentence), lies to government officials (game wardens), hangs around with suspect lobbyists (Vasell and others on Team Abramoff), owl hunter and public company CEO.

Oh, and accuses his brother (also a public company CEO) of misleading people about big game he shot.

And that is your weekend postcard from the boys running Northern and Voyager.

I think poaching is actually quite common in rural areas. I mean, Cheney did it and got away. That said these guys are working on their bad boys image. Stealing from private property should be a no to Republicans. Only cool on public lands.

the last photo is clearly photoshopped (unless Reger has no legs?)

On the last photo I think he is standing in a ditch. The photo is from a fairly reliable source (ie straight off a JRReger.Com) and so if is photoshopped it was photoshopped by the owner of JRReger.Com.

I don't know if you have ever been to America, and if you have, I'd doubt you make it to any place you would not go unless to raise capital, and solicit potential investors, which would possibly leave out the places such as where these people were hunting game, places where deer are just about as populous as roos in Aus. Not to mention just as destructive.

If a guy dancing alone in a bar, or apparently "photo shopped in a backyard photo proves one guilty,..

Another glaring difference between Aus and America, it's still legal to own and use guns here, mate.

Shooting owls is frowned upon in Australia and also in America. Snow geese not so much...

Who is Cyrus Vance Jr ?

He is the son of late Cyrus Vance who served Secretary of State during Carter Administration..

Vance and Wisner families have close ties,Nicholas Sarkozy has close ties with step father Frank Wisner,who has half brothers and sisters in US...

Who is Frank Wisner family ?

Frank Wisner is the son of US's most notorious spies Frank Gardiner Wisner ( 1909 - 1965 ),the mastermined behind CIA sponsored coup which knocked the government of Mohammed Mossaddegh in Iran 1953..

Frank Wisner is also the trustee of Rockefeller Trust..nowaday

Frank Wisner also played a key role as Obama's special intelligence envoy to Egypt at the height of January 2011.

I wanna know which of them is shagging the moose in the background of the photo of the guy with no legs.

B. Todd Jones might have interest. Why not ping him at:

Joe Dixon may have interest or perhaps even Ralph Boelter:

When is he going to update his facebook fan page? Seems like the last post was July 2009. This whole article to seems to be more of a personal attack then anything else. Write some more worthy.

Ah anon who wants me to write something more worthy... watch this space...

The last post on this company had the CEOs wife working for a company whose sole purpose was to do transactions with Northern Oil.

Was that more worthy?

Good stuff, John. Poaching may be common in rural areas, according to IF, but it is certainly not admired or engaged in by respectable people--at least not where I grew up. Poachers were looked down on as those too lazy to make an honest living.

I'm very surprised at this negative coverage of poaching, considering such offences and their punishment were the foundation of the Lucky Country. Aren't these guys just larrikins of the kind which made Australia great ?

why dont you tell people how many years ago this happened? because it was like 5 or 6 ,long before NOG or VOG. Your blog and criticisms is sounding more and more like 'queer eye for the straight guys"
I thought australians were manly and rugged,but you are clearly a nancyboy and youre gonna get burned shorting dynamic companies like these Mary.

Felons? You mean like your friends at the Streetsweeper?

#2 on their own webpage:
Hunter Adams, a member of the expert advisory board for The Street Sweeper/American Fraud Fighters, understands stock manipulation firsthand. Adams entered the securities industry 15 years ago with a focus on high-risk penny stocks. He quickly became an expert at establishing shell corporations, executing reverse mergers and selling both equity and convertible debt in speculative small-cap companies. His career ended in 2001, when government investigators accused him of manipulating worthless penny stocks. He pled guilty to two conspiracy charges -- for securities fraud and money laundering -- and served time in prison for his crimes. Years later, he pled guilty to racketeering charges, fully cooperated with the government and accepted full responsibility for his actions. Today, he has embraced a life of reform and now hopes to help protect the public by exposing others who tread in the same murky waters he once swam in. To contact him directly, please send an email to hunter@thestreetsweeper.org.

Lyle Berman, CEO. WPTE, LACO, Rainforest Cafe, Stratosphere... See his record of the past 15 years via a Google search.

What's the next thing you allude to that you've got on these guys? Any hints?