Jos A Banks and Mens Warehouse - a quick due diligence request

Whatever. The only people I know that wear Jos. A Bank are the hair-shirted, sometimes proud, always skin-flint value investors who like buy-one, get-two-free offers. Vitaliy Katsenelson is one such person, and last time I spoke he still (again?) owned Jos. A Banks stock and has done very well. I don't always agree with Vitaliy though and I thought his analysis of Apple was peculiar.

I was wanting to do my own due diligence. But travel was a little hard.

So I have a simple request for my readers out shopping for Black Friday. If you pass a Jos. A Bank or a Mens' Warehouse store can you photograph it with your trusty smart-phone and send the photos preferably with time and location to my blog email: brontecapital@gmail.com. I am particularly interested in the rough size of the store and pictures of lots and lots of inventory. It would really help if there were some prices included which gave me an idea of how to work out the retail price of all that inventory.

It is Thanksgiving weekend so I expect the stores to be busy and the stores to be slowly stripped. Crowd photos are not a bad idea either. I don't need the faces - just a sense of the traffic. Jos. A Banks accounts show a lot of inventory - but then so do the shops as per this photo. 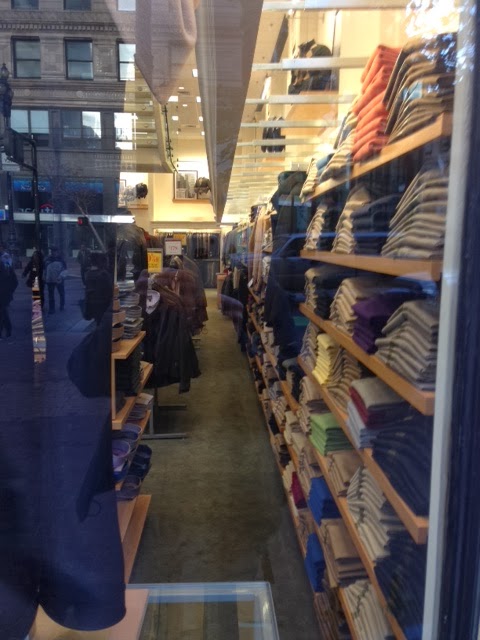 This photo is great except I have no idea how to value it all. Stacks and prices are the goal.

John. What are you asking for this Christmas? I don't mean good returns and great surf. Seriously, what are you hoping to open up?

John -- not sure if you read all comments, but any thought of revisiting this now that JAB is falling through the floor? Are you short the new entity?