What is it with Carlo Civelli and George Soros?

Carlo Civelli is nothing if not controversial.  His name alone gets Canadian securities regulators into a lather as he was a major investor and a major seller (in advance of the crunch) of some of the most egregious stock promotes of all time.  Delgratia is the most-cited example - where Civelli was allegedly the main backer of a company which had a major gold find.  The stock plummeted on revelations that drill samples had been salted - or as the court documents sum up the engineering reports, "any [gold] detected had been introduced after drilling."  The salting was done by persons unknown and the chief geologist won a defamation suit when the Canadian press suggested he did it.

Civelli was a backer of another over-hyped resource stock - Pinewood Resources – a stock which announced large finds and collapsed to pennies.  There was also Arakis Energy.  Arakis sums up what is good-and-bad about Civelli.  Arakis - through dealings with warlords - got prospective acreage in Sudan on which they found oil.  The quality of the finds was however grotesquely overhyped leading to a run-up and collapse.  The company was eventually sold to Talisman for roughly 15 percent of peak price.  The CEO - a longtime Civelli associated - agreed many of the nasty facts and settled for a twenty year ban from the Canadian securities industry.  The good bit was that there were real resources there - value was created.  The bad bit was that - as per many Civelli stocks - it was overhyped.

The most controversial current Civelli stock is Interoil - a company with real gas finds in remote Papua New Guinea and with well researched allegations that the finds are overhyped.

Still the Interoil bears (and there are plenty) were dealt a body-blow when Soros funds management purchased a large stake in the controversial company presumably after competent due-diligence.  Interoil is one of Soros's largest holdings.  Sure Buffett buying would confer even more credibility to Interoil - but Soros is a pretty good second best.

This blog however does not want to comment on Interoil - it wants to raise the latest association of Carlo Civelli and Soros funds management.  Dear readers - I give you Manas Petroleum and its subsidiary Petromanas into which Soros has invested just over $40 million.

Manas/Petromanas is an unlikely candidate for a large Soros investment.  The parent trades on the over-the-counter bulletin board and has used paid stock promoters. It maintains its website in Vancouver rather than in its home base of Switzerland.  Petromanas (a listed subsidiary) trades on the Canadian venture exchange and their website is maintained in New York not where their business operations are.  Petromanas owns the Albanian prospects of Manas and it is that which Soros is investing in.

These companies are slickly promoted.  Here are three You-Tube videos detailing Manas Petroleum's prospects and management.  Money has been spent on them. 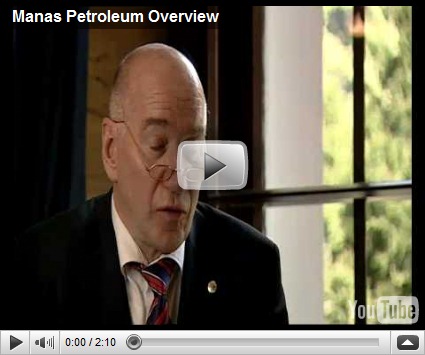 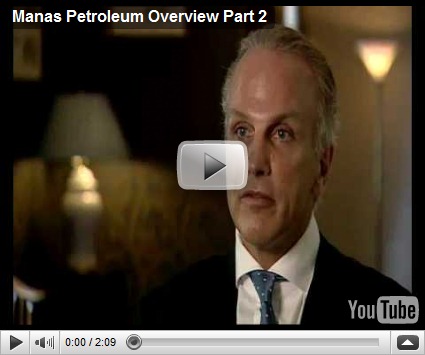 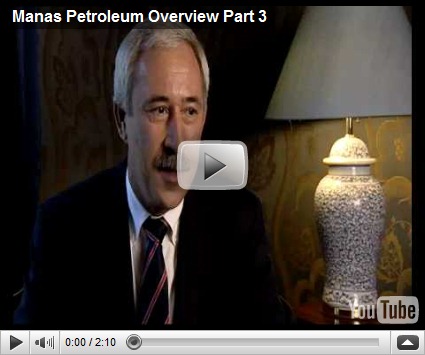 The use of paid promoters has been widespread - for instance a 34 page stock report by report by Cohen Independent Research Group (a penny-stock promoter) has the following disclaimer:

This is not the only example of paid-promoters shilling Manas though is by far the most prominent.

Penny-stock shills have - as many have noted - a poor record.  Paid penny-stock promoters poorer still.

But hey - this is Soros - so there is always the possibility that Mr Soros and his organization have found the promote that someone thought was worth advertising with Mr Cohen (presumably so they could sell it) - but in fact represents a fantastic investment.

Stuffed if I know.  I have no position.  But I would be very wary shorting Manas – Civelli stocks have often gone for enormous runs before blowing up and Civelli has backed real finds like Arakis (even if they were excessively hyped).

Manas Petroleum spudded a well in Kyrgyzstan last year (presumably that's where they took their name from too), but there have been no reports yet of a commercial find. Still, the fact that they spudded the well in a place like that shows they are a company willing to get out and find whatever is there: they're more than just a front.

Interoil drilled wells too - as did Arakis - and Delgratia and Pinewood also took drill samples.

Nobody is questioning that there is activity there.

Certainly I am not. There is SOMETHING with all of these activities... and internal management in each case had at least some people who thought the entire operation was kosher.

These are not non-existent companies with fake operations. Not even close.

Thanks for this, Mr. Hempton--I wish more people would write in this straightforward manner.

When Soros is in (if he still is?) it is often worth a look. Maybe the answer is in what you wrote:
"Civelli stocks have often gone for enormous runs before blowing up" ?
Obviously you want to exit during the enormous run phase ...

Thanks for the blog, much appreciated.

It sure would be nice if Robert Mueller (George W. Bush's leftover FBI director) could come up with information like that.

I wonder if anyone at the BCSC, OSC (ho, ho, ho), SEC, or DOJ are aware of this. Perhaps I will tell them.

Thank you once again and as a sidebar there are some very sleazy stock promoters pumping Manas again (not Cohen this time).

That wasn't a fraud, but it was certainly a disaster.

Regarding FRE and FNM - Never have such large assets been so ignored by so many. John, some of us would love to hear your latest thoughts on the GSE's.

Trades don't need to make fundamental sense. In fact, most of mine don't!

Soros !?, who has major stake by way of Interoil in Desire Petroleum which drills Falkland Islands around..too

it is read as -Sorosh- in Hungarian Language.

In Manas' mid-May Prospectus filed with the SEC, there is a list of 11 people who are "insiders" on page 92
http://www.secinfo.com/d1Ze2u.r1h6.htm#grsl

The insider's position total about 75% and Carlo Civelli is not in the list. Do you have evidence to the contrary?

On page 16 of the Prospectus, Manas provides the reasons why they make the explicit statement on that page of "Based on the above, Manas Petroleum Corporation did not obtain control over Petromanas." Given the additional dilution of Petromanas in the secondary offering by Raymond James and GMP Securities that closed on May 27, in which Soros and others bought their shares, Manas controls even a lower % of total shares than at the time of the Manas Prospectus filing.

You seem to treat Manas and Petromanas interchangeably, when they are not. Endeavour Financial is the instigator of Petromanas, converting an inactive shell on the TSX-V into PMI with the enabling transaction being the purchase of Manas' Albanian interests.

"Endeavour Financial (EDV:TSX), an independent merchant bank, has a proprietary capital base, is
an industry leader in creating and growing natural resource companies and has a proven track
record of creating successful investment opportunities."

Might this history of success have been one of the things to attract Soros and others to oversubscribe the recent PMI secondary offering?

Finally, to decide whether there is a pump and dump scheme happening at Manas, it seems logical to compare the hype (is there any significant Manas hype?) with the fundamentals of the business, At the moment, Manas has given up its Chilean property and has its FSU properties farmed out to Santos, which tends to validate that there is some serious interest in exploring it for hydrocarbons. They have managed to sell their Albanian concession to PMI, which now has about $75 million to explore and drill the property, which retaining enough shares in PMI to make any PMI success flow through to Manas shareholders (with relative shares outstanding, 1 share of Manas represents slightly more than one share of PMI). Manas's remaning property, in Mongolia, is currently being explored.

The head of Manas was in Canada recently looking into getting a listing on the TSX-V and opening an office, as well as possibly raising money. I know a Canaccord broker who attended one of the meetings, in Calgary. Given that the listing requirements of the TSX-V are purposely directed to encourage junior resource listings and Vancouver is a popular location (much better climate than Calgary or Edmonton), I see nothing suspicious about having website hosting there and I expect to see Manas listed there before the year is up.

Maybe the position(s) are boxed shorts - Soros's funds were short and boxed (by buying it long so as to avoid capital gains) the position and thus show up as a shareholder. No clue, but just tossing it out there.

Great post, but how is this worse than the numbers at the back of any sell-side report that show the ratio of buy to sell recommendations that they have.... all stocks are hyped by anyone who wants to sell them.

John Hempton,
Wow! I have actually followed your blog more than I am willing to admit...
Not shocked Frank Giustra is still hanging with Carlo Civelli..as he bailed him out years ago.
Common lock up expires and you know Gordon Keep and Co. will dump their $.25 shares and 10 000 0000

Another money man missing from your story is Sam Magid.....Peninsula Merchant Syndications Corp.

Frank Giustra is too busy with Bill Clinton restoring Haiti....which no doubt will be his next shell.

The only stock promotion of his I think is undervalued presently is Crew Gold....which has even a more shady partner Russian Severstal...Factor in their testosterone, with an election in a politically suspect country and I somehow can find value.

Frank Giustra is someone I love and support...but not blind that he always surrounds himself losers...on the internet Thom Calandra would be the biggest loser pumper.

Thank you again and perhaps one day I will rebuy but not today. I am just happy with my WWE profit and reading you calling a spade article!

Petromanas is NOT a subsidiary of
Manas. Manas sold Albania rights to
Petromanas for 200 million shares of
PMI. If Manas went broke tomorrow
it wouldn't mean a thing to
Petromanas business.

Manas has shares in Petromanas
That's all