Mary Schapiro has not got great press amongst financial bloggers – however this time she beat me to the punch.

Emergent Health Corp was a heavily promoted pink-sheets biotech which (fraudulently) claimed to have a pill (yes a simple oral pill) that would stimulate the production of stem cells in adults and hence cure everything from paraplegia to heart disease to leukaemia. Here is just one of their press releases:

An Emergent spokesperson commented, ``The Company is pleased to announce a license to market a formulation with ability to increase adult stem cells naturally from a person's own bone marrow has been allowed by the U.S. Patent and Trademark office. Now that this patent has been allowed, Emergent will seek further corporate and joint venture opportunities with firms capable of assisting entry into this untapped estimated Multi-Billion dollar market currently dominated by drugs with high costs.''

By 2004 the world market for Colony Stimulating Factor products, Neulasta(r) and Neupogen(r) marketed by Amgen was valued at $3.6 billion, a growth of 11% over 2003. That market has grown at an average annual growth rate of 16% over the previous 5 years. This is cited only as a market size barometer.

In addition to this product, the Company is actively exploring additional investment projects involved in the adult, umbilical cord, and embryonic stem cell sector to add to its growing portfolio of biotechnology ventures.

On these press releases the stock popped rising from about $1 to about $4.

The claims were outrageous of course – but you can still buy their products online.  Some of their online adverts make equally outrageous scientific claims.  Others – like this YouTube video – have a disclaimer at the end. 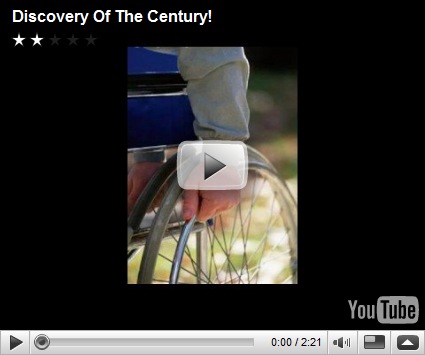 I tried for the last few days trying to find a borrow – any borrow in the stock.  [You need to borrow the stock so you can short sell it.]  Apparently there was a borrow on Monday but I was on holiday – and so I never managed to short the stock.  [I was planning to donate the profits to charity.]

After that I was going to write a letter to both the Food and Drug Administration and the Securities and Exchange Commission and see which organisation shut this fraud down first.  It was going to be an uncontrolled experiment to see if the SEC could live up to Mary Schapiro’s promise to be more responsive.

Alas – and this is good news for America and bad news for my favourite charity – the SEC acted fast on this one.  They just suspended the shares in EMGE.

Whilst Mary Cox Schapiro is dragging her feet on a much bigger fraud I have shown her I got to give credit on this one.  The SEC did this quicker than they ever would under Mr Cox’s stewardship failed regime.

The SEC has only civil powers.  EMGE rises to the level of criminal fraud.  This improvement means nothing if the prosecutor can’t back up.  And therein lies the next set of problems.

Thanks very much for your kind words.

We try harder these days.

It would be too funny if it wasn't such a sorry hype job.

Here is the test again. The test to see if a given company is a legit investment, and not a run by a heap of bushrangers running hype, attempting to separate folks from their ducats.

I have no intention of making this a penny-stock scam busting site... other than that sometimes they are funny.

But - hey - I got to give some praise where praise is due.

True. In the major media sources, too many times the SEC is not awarded the props they deserve. Many good people work very hard there.

And if one reads the SEC's home page, the news that tends to miss the main stream media sources is reported right there. It should be a first stop site for any and all investors.

The U.S. Securities and Exchange Commission has one good site choka block with heaps of pertinent information.

On the other hand, by the time the SEC steps, much harm has already taken place.

Such is the case with crime fighting.

Enough teasing. What is the bigger fraud

Mr. Hempton, would you be so kind as to post the Dow Jones' story with respect to this latest trading halt?

I believe your 10,000 plus blog readers would enjoy reading it.

Thanks very much in advance for your consideration as well as your kind words for the new and improved SEC.

That's an easy one, Anonymous.

While the SEC comes in and sweeps the streets clean, temporarily. And waits patiently for the next one to rear it's ugly head. It's quite obvious who was running fraud on this penny stock.

If you want to bust another scam, try looking at BIEL (Bioelectronics). Talk about pump and dump.

Their IR guy actually posts on its yahoo message board!

The BIEL.PK matter has been referred to the Philadelphia SEC office. It's too bad blogger, Adam Feuerstein (TheStreet.com) doesn't refer cases like that to the SEC directly.

On the IR man, you mean Mr. Noel, right?

If you wish to refer this BIEL.PK matter to the SEC yourself, please feel free to do so:

Reading what the SEC warns about message boards, and the fact that it IS the new boiler room for penny stock manipulations, when it is fact that a given penny stock message board has the IR guy posting up dubious posts about the company employing them, and or a person is an "insider", is this something that we should immediately report to the U.S. Securities and Exchange Commission?

Thank you for what you do,

It's not uncommon for a penny stock issuer's "execs" and/or IR people to work message boards, have private e-mail communications with "investors," and even hire especially bullish retail investors to "work" message boards by giving them a few "free" and/or restricted trading shares.

Best way to get it stopped quickly is actually calling the regional directors of the appropriate SEC offices followed up by e-mail proof after they acknowledge they have interest.

There are 11 regional offices:

Atlanta's RD recently left to return to private practice in Dallas and her replacement has not been named yet.

When calling mention market cap, how fast as issuer has run up in the past 3 trading sessions, how much the volume has increased, and who at least one of the paid promoters is as well as how much he has been compensated. That gets their attention and gets you a, "please feel free to forward me anymore information you have" out of him or her.

Just sending in an e-mail to:

saying "ticker symbol CRAP.PK or POOP.OB is a scam," won't cut it.

Mr. Hempton, thanks very much for providing this blogsite as a forum for even faster action out of the new and improved SEC.