I am short Various parts of the Valeant capital structure and long a few thousand put contracts.

This is a bet that is levered to terrible outcomes at Valeant. It is not quite a bet on insolvency - but it is a bet on financial stress.

It is a very non-consensus bet. Valeant is considered extremely profitable. Bill Ackman gave a presentation that explained just how profitable Valeant is compared to average pharmaceutical companies and the numbers are breathtaking.

If Bill Ackman's assertion is correct (and it may be) then my bet is guaranteed to lose money.

That said the enormous profitability of Valeant is not evident in the audited accounts.

The difference between the GAAP earnings and Valeant's cash earnings estimates are large restructuring and other charges which Valeant management assert are one-off results of acquisitions.

The argument is that if the acquisitions stop these one-off expenses will also stop and so the GAAP earnings will rise to converge with the so-called "cash EPS".

The problem with this argument is that the one-off costs which are more than 100 percent of profits are not audited in that no auditor asserts that they are truly "one off".

You have to take management's word for it.

Some of these costs I have managed to verify are truly one off. In one instance I have verified the reverse, however that one instance was trivially small.

So you are really left with management's word.

At the end Valeant is a "trust me" story. The sole question is do you trust management and in particular their estimate of non-recurring costs. If you do you see a well run company at ten times earnings.

If you don't trust management then alas the company becomes very hard to value because there is clearly some truth in the management assertion of "one-off costs" and the true underlying earnings are somewhere between GAAP EPS and management's "cash EPS". Alas that is an enormous gap.

If 80 percent of the one-off costs are truly one-off my short is also a bad idea. Valeant would not be trading at ten time true earnings - but it would not be expensive.

For my short to be right I need a substantial proportion of the one-off costs to actually be recurring.

Genuinely this is an assessment I can't make.

Still against GAAP cash flows Valeant looks insolvent. GAAP cash flow from operations over the past four quarters sums $1.3 billion and net debt is about $16.8 billion. There is also some compulsory capital expenditures which need to be funded out of cash from operations.

Consider this against personal finances: someone with debt more than ten times their cash flow is not obviously refinanceable. A company is more refinanceable than the person because a person needs to hold a fair bit back just to eat. The company can dedicate most of its cash flow to servicing debt. But this is edge-of-refinanceable whatever you want to count.

On the pure GAAP numbers this company looks particularly difficult especially as much of their debt needs to be refinanced starting in 2017.

Linked here is a Google Spreadsheet with the quarterly numbers for Valeant (and legacy Biovail) going back to the March quarter of 2007. The raw numbers come from CapitalIQ. The first three pages of the spreadsheet are my calculations from the raw numbers. [You can reconstruct the data if you wish.]

and (e) a calculation of the average debt divided by the cash from operations over the last four quarters.

The last calculation in appropriate for an acquisitive company as it accounts for the rising cash flow given acquisitions.

On this measure the average debt is now 15.5 times the available cash flows to service it. There is a word for that: stuffed.

In other words if you believe the GAAP numbers this company is so dead it is pushing up daisies.

If that is the case then the solvency calculations above are entirely moot. All will be well for the company.

Strangely the solvency measure deteriorated sharply lately - rolling average debt is now 15.5 times trailing twelve month available cash flow - and that is despite it being more than a year since the mega-acquisition of Baush + Lomb closed. The company has done many small deals since - but the plausibility of one-off costs associated with old mega-acquisitions is declining.

If you believe management vis the one-off costs incurred by Valeant then the solvency measure above - average debt to trailing cash flows - is going to improve dramatically over time.

My plan: to continue updating this post until either (a) the cash flows improve as management guides or (b) the company loses all credibility and maybe dies.

The whole process could take years. I am patient. I hope my clients are too. And as always I could be entirely wrong. 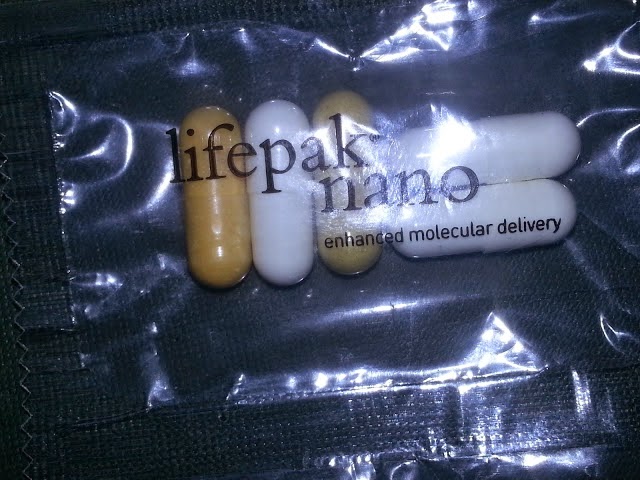 At least one person I talk to got that entirely right including timing both the long Herbalife and short Nuskin legs.
Posted by John Hempton at 11:50 PM 6 comments: