We interrupt for a brief Herbalife update

Bill Ackman's huge Herbalife presentation ("Who wants to be a millionaire?") compared Herbalife to other consumer companies that Ackman considered self-evidently legitimate.

One of those companies was Ralcorp as per Slide 305 presented below. 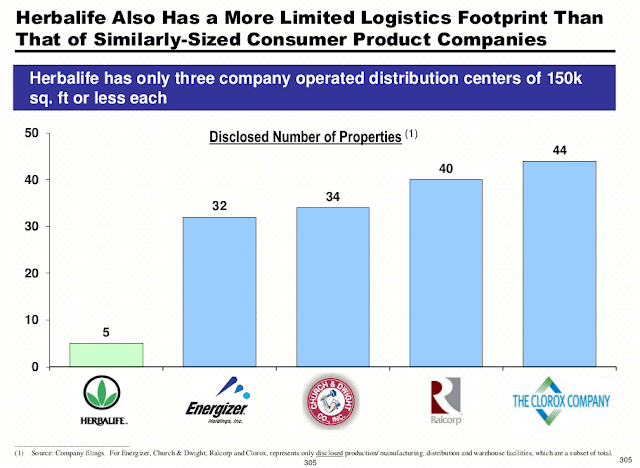 Mr Stiritz would be a good person to make the comparison above because:

But it is worse than that - Stiritz was appointed CEO of the Ralcorp spin out and cereal company Post Holdings.

And in 2012 he was responsible for buying Premier Nutrition - a maker of - you guessed it - protein shakes.

So here we have it. Bill Ackman thinks this is a pyramid scheme and knowledgeable rich industry insiders are buying huge slabs of stock in their own name.

Be sure to take your seats. Herbalife is turning into a very interesting show.

You really are enjoying this drama Mr. Hempton.

Herbalife IS a pyramid scheme. (You're too smart for this. Your support of HLF is sickening.)

But pyramid schemes are very profitable for the owners, and smart people know it. It is good to be long HLF.

Raise your hand if you're at all intrigued with herbalife.

I guess Mr Stiritz's millions of dollars worth of investment in a company he clearly sees from an informed position as NOT being an illegal pyramid trumps a 1 minute investment by someone commenting on here to the contrary...

Did you notice, Bronte Capital, that you didn't actually say anything other than "ha ha".

* You point out that Bill Ackman says that Herbalie is a pyramid scheme.

* You show a size showing something about relative company size (not legitimacy) that has both Herbalie and Raicorp on it.

* You imply, but do not state, that Mr. Stiritz would not buy stock in Herbalie if it were a pyramid scheme.

Did you ever meet Bernie Madoff?

Herbalife is a great business to get involved with. Definitely love the products! Herbalife Reviews

" Herbalife is a great business to get involved with. Definitely love the products! "
... said the next victim in a long line of Herbalife "distributors".